Extreme Networks’ Senior Vice President of Global Service Sales Rob Rosa joins us in this interview to share his expertise on how Extreme Networks cut churn by 22 points with renewal automation.

Doug: Rob, big congratulations on the success you’ve seen from your renewal automation project! What was the catalyst to get started?
Rob: There were multiple factors that came together to make it clear we had to act: 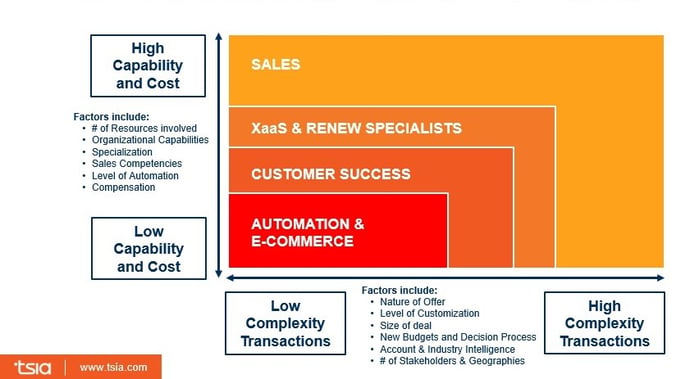 Doug: For people undertaking a renewal automation project, what’s the best advice you’d offer them?
Rob: Make sure all of your key RACI stakeholders are involved throughout the entire process, starting from the very beginning. We’d have 15 to 16 people on the planning calls spanning departments like IT, Treasury, Sales and Channel Management.

Doug: How did you get your Sales team onboard?
Rob: The hardest thing was addressing concerns to not upset our channel partners. We involved distribution and channel leaders from day one to get their input and buy-in, and then we continued to keep them involved on an ongoing basis. A key aspect was sharing the facts about longtail renewals where renewal rates were 20 points below our average rate. A distributor and reseller can’t afford to show up for a $1k renewal. They’ve got bigger priorities. We also created a system that improved the partner’s experience, their access to data and ease of doing business, while at the same time compensating them for successful renewals.

Doug: One of the major obstacles I routinely hear in automating renewals is access to complete and accurate customer data. How did you solve this?
Rob: We built a process to address the data challenge. When we began the project, 100% of our longtail renewals required manual intervention. We then segmented our customer renewals into two groups: 1. Those that could be fully automated because we had the right data and 2. Those that required manual intervention to fix the data.

Today, 65% of the longtail is full tech touch (automated) renewal. The good news is that as you go through multiple renewal cycles, the data keeps getting better and better, reducing the need for manual intervention.

Doug: What kind of ROI are you seeing on your renewal automation project?
Rob: We’re in the beginning of a multi-year automation project. That being said, we’ve already exceeded our targets and achieved project payback within the first nine months. Based on the compounding year-over-year revenue benefit of retaining a paying customer, we’re currently on track with the following ROI:

Doug: You mentioned that your system empowers the distributor or reseller to renew the customer if that’s their preference. How does this work?
Rob: All of our quoting is now generated from Apttus CPQ, tied to Salesforce CRM. 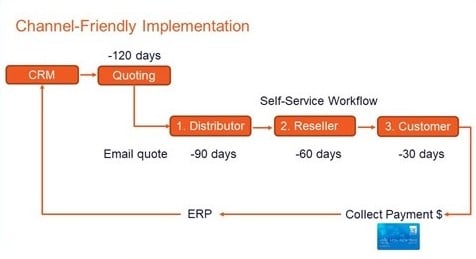 Phase II may include the following:

Long term, we want to support everyone in shifting to higher-value activities. We are currently looking at how we can grow the business and capture more insight to support that. For example, we’ll capture statistical data about who is touching the quote, and if the renewal has not been completed yet, we evaluate if we can give the customer an additional set of information or a nudge in a different way to close it.

Doug: How have your distributors and resellers reacted to this automation program?
Rob: This has been a 100% improvement for them over the previous manual process! In the past, we were just inundating them with emails containing quotes. It’s always a work in progress, and we’re working on additional improvements. In our ongoing dialog, distributors and resellers had voiced concerns about potentially losing renewal compensation, but we’ve worked hard to continually reinforce that we have no desire to remove them from the equation.

Some of our distributors, particularly those with more advanced systems, would like the ability to click a button and import quotes directly into their own systems. So, we’re creating some additional capabilities to support this.

Doug: You mentioned earlier that automation allowed your team to handle three times the transactional revenue while adding zero headcount. Could you speak to this more?
Rob: Yes, scale was a major benefit, and you can look at this in multiple dimensions. First, our manual quoting process had previously required us to use over 50 outsourced agents doing nothing but manual quote generation. We were able to reduce this to 22 outsourced agents, who now even have time to do higher value add work and engage distributors and resellers directly about these opportunities.

Additionally, automation has allowed us to reduce the onboarding and training time required with new salespeople from 12 months down to 30 days. We’ve digitalized and automated a lot of manual processes, which has reduced the volume of arcane knowledge that a salesperson would otherwise need to acquire. And this is especially important in the U.S. where churn of experienced salespeople can be high.

About Rob
Rob is a five-year veteran of Extreme Networks where he manages its rapidly growing services business that generates $300 million revenue annually. Immediately prior to his tenure at Extreme Networks, Rob worked at Cisco for 16 years where he most recently led a $2.5 billion channel and public sector services business, and earlier worked in various leadership capacities in operations, finance, and sales. Find Rob on LinkedIn.